I love this hat.  So much so, that I've made four of them since the last seasonal transition.

The first hat was inspired by the edge of an autumn storm near Kettle Creek. 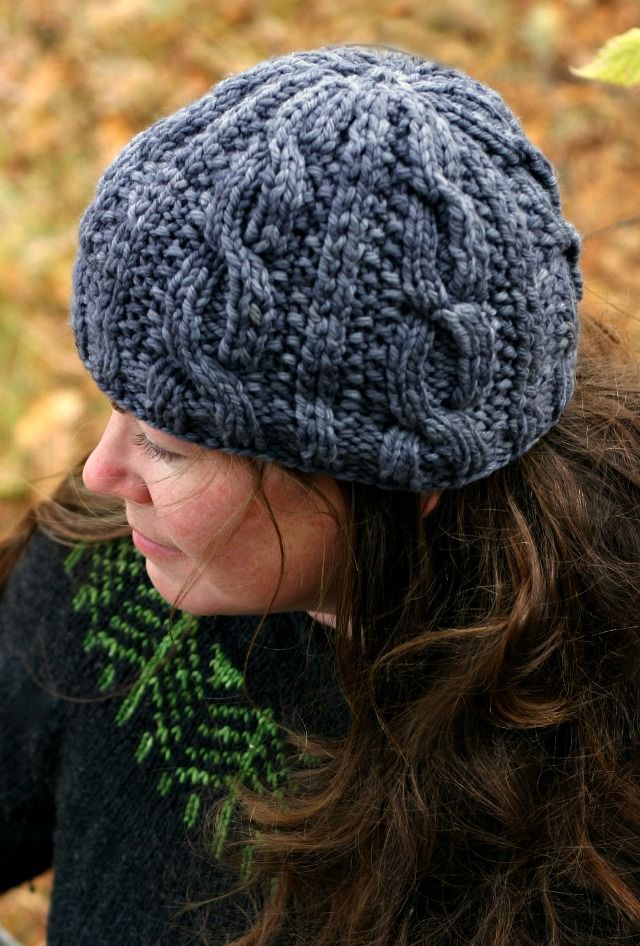 The second hat was just because, but no one liked the pom pom, except me.  {I'm just not sure I can pull off a pom pom, so it mostly stays at the bottom of the hat basket.} 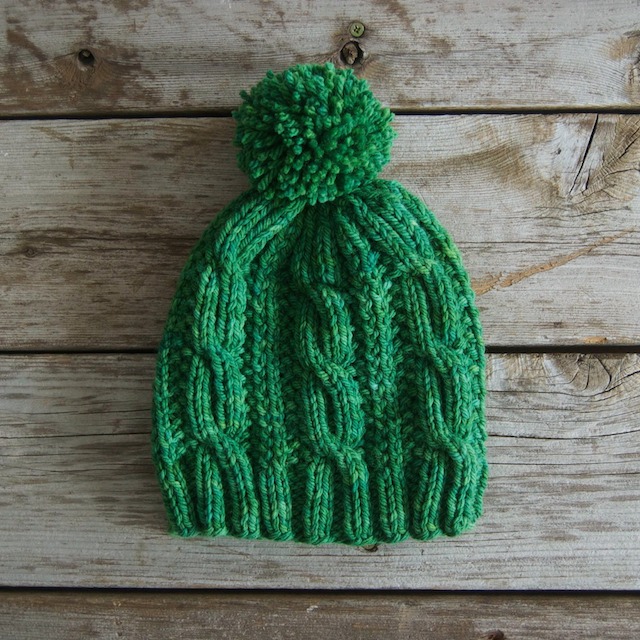 Then there was a red hat for Luke, sans pom pom.  He adores it and when we had to buy him a new winter coat, it was required to match.

Now it's spring, and with this new change of season, it felt right to put the pattern to paper.  I started one more, as a test knit, and dyed it to be my favorite color, plum. It's so nice to have bright color this time of year.  Purple also happens to be Cole's favorite color, which he mentioned as I was knitting.  He also pointed out that since I have a cable knit hat of my own, he should get that one.  Sigh.  It's so hard to say no to someone who wants to wear your hand knits.  I think I have enough purple left to make one more, just for me.  {I mean it.} 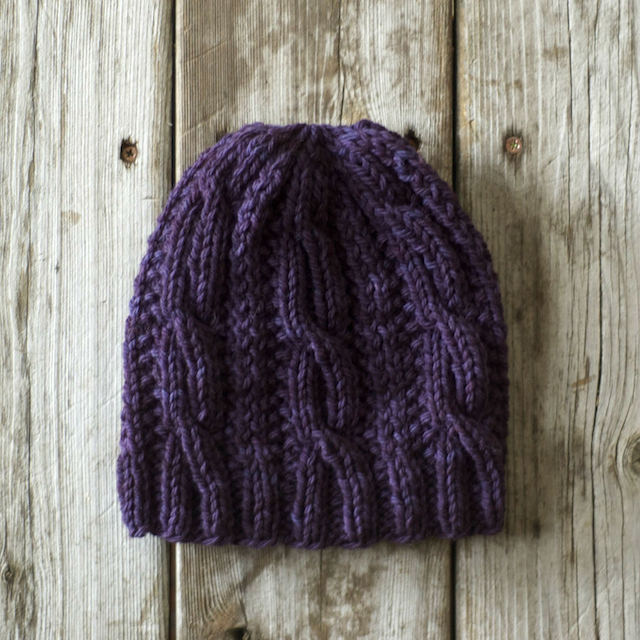 If you'd like to make one too, or want to know more about the pattern, you can download Kettle Creek instantly through Etsy and Ravelry, or by clicking the link below.  I really hope you enjoy knitting this, as much as I do.

p.s.  I've included a tutorial for the pom pom, in case you decide to go for it!